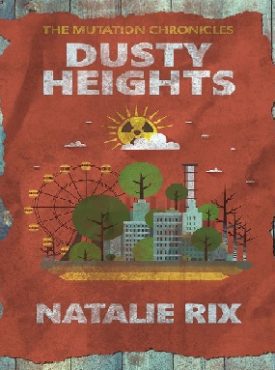 Jason, a collection agent for an old-world items antique business, gets a request from a client named Harver to go on a mission worth fifty thousand dollars. All he has to do is visit Dusty Heights in Arizona, a nuclear plant recently made into a tourist attraction, and find a teddy bear and jewellery box belonging to Harver’s grandmother. It will be an in and out mission, not like the dangerous M-Zones full of mutants he’s spent years frequenting for far less money. Easy peasy, or so he thinks.

While there he meets Carly, a journalist who believes in conspiracy theories that nuclear radiation caused the mutants and not that they’re a different species like the government would have people believe. Upon arriving and throughout the night, it’s obvious that something is very wrong with Dusty Heights, and the people running the excursion. Jason’s father Kevin believes his son has been led there to be used as a scapegoat for an ulterior motive and will stop at nothing to find out the truth. In the meantime, Jason attempts to survive the horrors of the first night and hopefully get out of Dusty Heights alive.

This novella is part of The Mutation Chronicles series. These stories, while set in the same world, are standalone and can be read in any order.